Essentially it's the same thing. Semi permanent makeup SPMU is generally referred to as such because, unlike body tattooing, results don't last forever. Brows and Lip blush treatments will, after a period of time (9 months to 2yrs) fade, lose colour intensity, and will need a top up/colour boost session to refresh the colour, redefine the shape and generally give them a boost so they look fresh and crisp again.

So, why is it also referred to as Permanent makeup (PMU)?
The reason for this is that, although in time your brows or lips will fade and lighten up if you don't have them retouched, they don't always completely dissappear completely on their own. It's normal, even after several years still have some residual colour or hairstrokes in your brows or lips.

So the answer is, although it isn't permanent, as it fades, it can't be fully referred to as semi permanent either, as they don't 100% dissappear without a trace when left even for several years.

On a plus note, a good set of brows, or lip blush isn't really something you want to end up losing completely! So once you have committed to SPMU, a colour boost every 12 to 18 months will keep them looking fresh and at their best.

If you did in time decide that you wanted any old residual work removing, then this is generally easily achieved with saline tattoo removal, or laser. 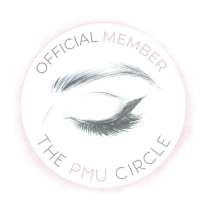 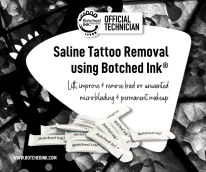